Many paths to innovation

Many paths to innovation

Innovations and creative ideas are essential for progress in medical care. For companies, it is more important than ever to create a climate in which new things can be discovered and flourish. Three international examples show the different approaches B. Braun is taking to overcome this challenge.

The need for innovation is a fundamental law of the market economy. Every industry thrives on new products coming to market or existing ones being improved. However, in the health care sector, these innovation processes have a special significance because they have a direct impact on people’s well-being. In an emergency, human lives depend on them. It goes without saying that Research & Development also plays a central role at B. Braun – across all divisions and at numerous locations around the world. A wide variety of approaches are being taken, but they all have one goal: to help patients and make the attending physicians and nursing staff’s jobs easier.

Dr. Giuliana Gavioli, Senior Vice President Research & Development at B. Braun Avitum, is a distinguished expert. She studied medical technology and wrote her doctorate about the neurological aspects of artificial nutrition. She has worked at B. Braun since 1991, where her responsibilities include the worldwide registration of new products. Today, Gavioli works as a visiting professor at the University of Modena and leads a large research team at B. Braun Avitum in nearby Mirandola – one of the largest centers of medical technology in the world. “Innovation processes in the medical device business are often very complex because this field is highly regulated for understandable reasons, and very high standards for product safety apply,” says Dr. Gavioli.

One of B. Braun Avitum’s most important innovations in recent years was in dialysis. In addition to the widely known hemodialysis for people with chronic kidney disease, acute dialysis is for intensive care patients who are suffering from multiple organ failure. While hemodialysis must be performed several times a week for a few hours, acute dialysis runs continuously – for up to 100 hours. And in the cases where patients receive intensive care for a longer period of time, this takes place several times in a row.

“In particularly severe cases, however, dialysis isn't the only treatment needed. If lung failure is also involved, the blood must also be externally oxygenated,” explains Gavioli. “In conversations with critical care physicians and nurses, we came to understand that both procedures can be done well individually, but that the necessary combination often leads to stress and is an unnecessary burden on the patient.”

One device for different processes

So, the idea that both the removal of toxins from the blood and its enrichment with oxygen could be performed with the same device was proposed. “What followed was a very intense research effort by a team of about 30 people, including software and hardware developers, technicians and physicians, experts in patents and registration,” Dr. Gavioli recalls. “We started in 2015; by 2019 we had approval for the European market.” Then came COVID-19 – and although it wasn’t planned that way, the B. Braun OMNI (ECCO2R), the name of the acute dialysis machine, was suddenly in demand in all intensive care units.

This is because multiple organ failure affecting the lungs is one of the most common complications in severe COVID-19 infections. The importance of this system for the critical care of COVID-19 patients can also be seen in the fact that the registration process in China went unusually fast. “Normally, it takes around four years for a new product to be approved in China. With the B. Braun OMNI, it was done in one year,” says Dr. Gavioli. “I’m very proud of the team - everyone was aware that they were working on a device that could save lives or at least make critical care dramatically easier.”

An innovation that could significantly improve the situation of patients is also being worked on in Freiburg – but under different conditions than in Mirandola. Neuroloop GmbH is based in Freiburg. At first glance, neuroloop might seem like a typical start-up – a spin-off from the University of Freiburg. A small team of neurophysiologists, neurosurgeons, and microsystem engineers have been performing research about the vagus nerve and its stimulation for a long time.

The CEO of neuroloop, Dr. Michael Lauk, explains: “The whole idea goes back to research that was conducted here at the University of Freiburg in the microsystems engineering and neurosurgery PhD departments. The vagus nerve is, in very simplified terms, a kind of data highway that runs through the entire body. Quite a few autonomic body functions – heartbeat, blood pressure, breathing, digestion – are controlled by the vagus nerve. By stimulating the vagus nerve, it might be possible to treat diseases such as high blood pressure very precisely, without pharmaceutical intervention."

The problem here is that because the vagus nerve controls such different processes, targeted stimulation of a single function has been impossible until now – for example, by influencing blood pressure, the heartbeat or digestion would also have been manipulated in some patients, or side effects such as a change in voice could occur. However, the research from Freiburg provided a remedy. A type of sleeve with a very large number of contacts to sheath the nerve was developed, and it can then be precisely controlled. Neuroloop was founded in 2016, the plan was to develop just such a device. Dr. Michael Lauk, who previously worked at another medical technology start-up in the U.S., returned to his hometown of Freiburg to do it.

The best of both worlds

What’s special about Neuroloop is that B. Braun was on board as a partner from the very beginning.

CEO of neuroloop and CDO of B. Braun

The cooperation between B. Braun and neuroloop is about combining the best of two worlds. “On the one hand, we will continue to be a start-up,” says Dr. Lauk. “We’re still small, with 45 people working for us, many of them part-time. Some employees came to us because we are very open about offering these part-time models. Speed and agility are our top priorities. So we don't have fixed jobs, and hierarchies and titles are pretty irrelevant, the team is 100% focused on our common goals. This gives us speed during the development process. We’re now in our sixth year, the first-in-human studies are being done right now, and we expect to go to market with an application for hypertension in two years.”

But Neuroloop is not just a start-up. “We see ourselves as part of B. Braun,” says Dr. Lauk, who also heads the B. Braun New Ventures robotics company and has also been B. Braun’s Chief Digital Officer since 2021. “This means that we not only have a good idea, we can also implement it. As a start-up, we would normally have great difficulties especially with scaling issues, e.g., purchasing or production. In the supply chain, we would usually be at the very bottom of the barrel. With B. Braun, we have a powerful player on our side who knows how to scale production and supports us in international marketing and sales. You can’t ask for more than that.”

B. Braun OMNI and the vagus nerve stimulator are the result of a predefined research process – an idea was developed, then the focus was put on the best and fastest possible implementation. Sometimes, however, innovation comes from collaboration with partners. Indeed, sound scientific exploration can also be demonstrated by a high degree of openness: in dialog, one engages in new things – and in the process, groundbreaking discoveries can be made together.  This is what happened to Dr. Christine Weis, Head of Strategic Research Line Meshes & Biologics at B. Braun Surgical in Rubi near Barcelona.

With a doctorate in chemistry, she has been working for B. Braun since 1999 and now heads a research team on surgical technology, which, interestingly enough, is mainly made up of women. “Not that we planned it that way, but the women just often turned out to be the best,” she says. Dr. Weis cites close cooperation with the numerous universities, colleges, and hospitals in the greater Barcelona area as the most important driver of innovation. “Together with the Universitat Politècnica De Catalunya in Barcelona, for example, we developed a technology in which nanoparticles of gold can be activated using laser radiation so they emit heat. This way, bacteria can be killed using physics,” explains Dr. Weis. The initial stimulus for this research, the results of which have already been protected by several patents, actually came about through a dialog.

Head of Strategic Research Line Meshes & Biologics at B. Braun Surgical in Rubi near Barcelona

What emerged is a truly astonishing innovation. The nanoparticle-coated surfaces activated by the laser radiation can be used for more than sterilization in the operating room, for example. These materials can also be used in or on implants, because laser activation also works through living tissue to a certain extent. “There will be a great deal of conceivable uses that directly relate to OR safety or the health of those being treated,” Dr. Weis says. Here, too, B. Braun’s innovative spirit is visible: thinking in all directions; it’s a question of always being open and alert and taking every possible innovation seriously. After all, every innovation directly serves the well-being of patients. 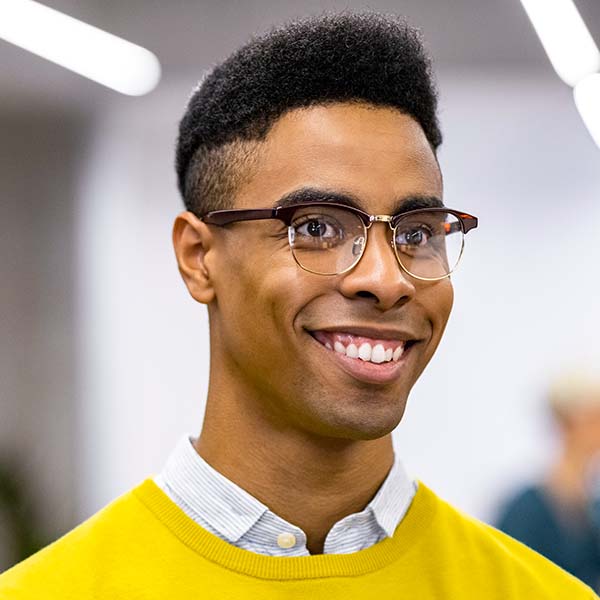 We use various cooperation models to drive your innovative solutions and lead them to success.
Submit your innovation here!

person_outline My B. Braun
chevron_right
Back to Top arrow_upward